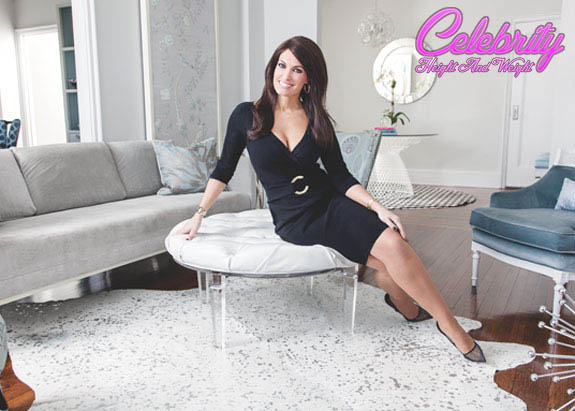 Kimberly Ann Guilfoyle is an American television host, anchor and attorney born in March 9th, 1969 in San Francisco. Her parents were Puerto Rican (mother) and Irish (father). She attended Mercy High School and later studied law at the University of California where she graduated with honors. She also attended University of San Francisco where she was awarded her Doctor of Jurisprudence degree. The 46 year old TV personality also studied in Ireland at the Trinity College in Dublin. During her law school years, she would sometimes model for some local department stores such as Macy’s and Victoria’s Secret. She then started practicing law as a prosecutor in San Francisco and later as a deputy District Attorney at the Los Angeles District attorney’s office where she received several awards for her impeccable job. Guilfoyle then moved to New York City in 2004 where she hosted the show, Both Sides on Court TV. Her career in TV then kicked off after she hosted other shows such as The Lineup, The O’Reilley Factor and The Five among others.

The Court TV star has a body that many people would associate with working out and having a healthy diet. Apparently, as a TV personality, Kimberly Guilfoyle has a beauty and fitness routine that she says is her part and parcel of her job description. She always has her make-up artists on the go to keep her looking beautiful for the screen and off the screen. As for her fitness, she has not necessarily had a regular workout routine because of her very tight schedule but jokes that as far as she knows, her workout comprises of running her son Ronan to school every day. Her very minimal exercise routine however does not dispute the fact that she continues to be one of the television personalities whose image is highly talked of.

Kimberly Guilfoyle, as a high profile celebrity is talked about day in day out and her personal life has undergone much scrutiny. Her marriage to former San Francisco Mayor Gavin Newsom is the most talked about aspect of her life. She got married to Newsom when he was still a city supervisor before he was elected mayor in 2003. Their marriage was however short-lived when they finally divorced in 2006.