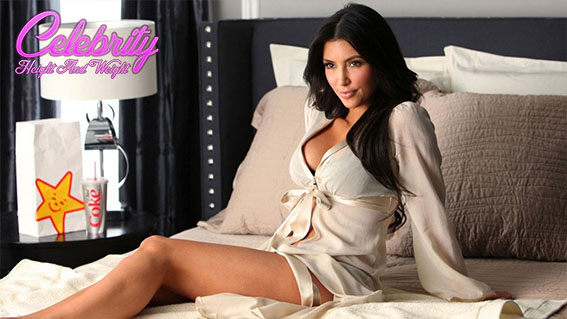 All About Kim Kardashian

Kim Kardashian is a television and social media personality, model, actress, fashion designer, and business entrepreneur. Essentially, she is a major force to be reckoned with! The reality star was born October 21st, 1980 in Los Angeles California, the second daughter of Robert and Kris Kardashian. She has three biological siblings, Kourtney, Khloe, and Rob, as well, as two half- sisters (their father being Bruce Jenner) Kendall, and Kylie. Kim’s horoscope sign is Libra, she has an Armenian roots on her father’s side, and Dutch, English, and Scottish on her mother’s. She rose to fame in 2007 as a result of her leaked sex-tape with her former boyfriend back in 2003 (when the tape was made)  Ray J. That same year her family was offered the opportunity to star in their own reality TV series called ‘Keeping Up With The Kardashians’. The media mogul who basically runs her own business empire began as an assistant to celebrities, but those days are long gone. Since then Kim has become a household name, and is the highest paid member of the her reality family’s show. Her estimated net worth is $65 million dollars. Not to mention that she is now Mrs. Kanye West, a major celebrity in his own right. The two were married May 2014, and have a daughter together, North West, who was born in June of 2013.

Kim Kardashian has an enviable hourglass figure. She is largely known for her shapely behind, and has been subjected to countless accusations of butt implants. She denies that any alterations have been made to achieve her figure or look. The 5 feet 3 inch beauty boasts measurements of 34-26-39 inches, and a 34D bra size. She is curvaceous, yet athletic. She received quite a bit of criticism regarding her weight during her pregnancy with daughter North West. She is reported to have gained 50 lbs. After giving birth, Kim slimmed down rapidly through use of the Atkins diet, bootcamp, and Pilates. She has lost 43 of the 50lbs gained, and is much closer to her original size once again!

Hair Color: Is a natural brunette. After giving birth to her daughter North, she dyed her hair to blonde but recently change back to dark color.

– Is aiming to lose another 15 – 20 lbs. She wrote on twitter ‘Do any of u moms see their bodies just not the same? A different shape?’ ‘Ughhhh my hips & butt are huge now! they were big to begin with!’. Referencing her body changing after giving birth to North West

– Has said that the negative media coverage surrounding her pregnancy “hurt my soul”.

– Took an x-ray to prove that she had never gotten butt implants.

– Has been accused of having plastic surgery on her face – adamantly claims only trying Botox.

– Kim has been married twice before Kayne. Her first marriage was at age 19 to music producer Damon Thomas, their marriage lasted 4 years. Her second marriage was to Kris Humphries in 2011, they were together for 72 days before filing for divorce.

– She is the highest paid reality TV star ever.